Being anonymous in today’s world is so in that hacktivists and even less active groups like it. Surfers used to check their hairstyles before surfing, now they check if they’re anonymous. Tor likes it and we all know the data; they always have to be in, so they like to be anonymous too.

What Is Data Anonymization?

Data anonymization is the process of data manipulation in order to hide sensitive data.

The benefits of data anonymization are numerous. For example, anonymized data can be passed down from production to the testing or development environment, so that development and testing can be done using data which don’t contain sensitive information but maintain data relationships, types and other data characteristics which exist on the production environment. Furthermore, anonymized data can also be passed down to a third party that can perform machine learning on them and gain some valuable insights without knowing to which subject client results refer. That’s why GDPR is so in love with data anonymization that it leaves it speechless. Once the data are anonymized, they can be processed however you want without the consent of the data subject because that relationship becomes hidden or even broken so the data aren’t personal anymore and thus GDPR has nothing to say about them.

Give us a call in case you need assistance in making your data anonymous, BFF’s with GDPR, totally in or so attractive that everybody want to hang out with them all the time.

Other anonymization techniques include the combination of two other techniques – it may involve some encryption, changing the row order, altering the type and the length of data, aggregation (if it’s acceptable for the anonymized dataset to contain less data or rows than the source dataset), etc. It depends on the nature of data you are working with and on the data anonymization goals.

After the suppression of attribute ‘Postal Code’ and the row which relates to Company C:

The replacement of a part of an attribute’s value with a character, usually ‘*’ or ‘x’. It’s used when it doesn’t affect the relationship between data or when that relationship won’t be important in the anonymized dataset. It’s often irreversible, because the special character could replace any character, as well as just one specific character, e.g. ‘A’.

After masking of attribute ‘Postal Code’ (last four characters are replaced with ‘*’):

The replacement of an attribute’s value with some other value based on a dictionary in which it’s defined which value maps to which. It’s used when referential integrity needs to be respected or when a certain relationship between data needs to be preserved. It’s reversible.

The dictionary in which it’s defined how source IDs will be mapped in anonymized IDs: 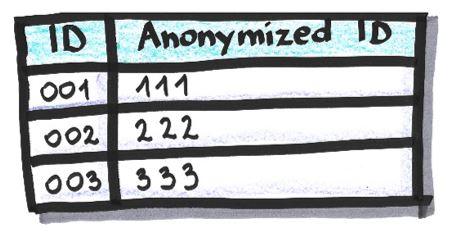 Table after pseudonymization based on the dictionary above:

The replacement of an attribute’s value with some, usually random, value within the same attribute. It’s used when it doesn’t affect the relationship between data or when that relationship won’t be important in the anonymized dataset. It’s usually irreversible.

Table after values in attribute ‘Revenue’ are shuffled:

The replacement of an attribute’s value with some other value based on a mathematic formula. It’s used when it doesn’t affect the relationship between data or when that relationship won’t be important in the anonymized dataset. Its reversibility depends on the nature of the formula applied, but it’s usually reversible.

Table after values in attribute ‘Revenue’ are multiplied by 3 and 17 is added to that result:

It’s wise to use a more complex formula to increase the chances that the pattern won’t be noticed in the anonymized data, so that the source data can be better protected.

Data anonymization isn’t just about anonymization techniques – it’s about much more, that’s why it’s a process. Things which need to be considered are:

The need for data anonymization is increasing, especially since GDPR came into force. More often than ever do production data need to be made suitable for use on nonproduction environments or to be passed down for processing by a third party or even to the public etc.

Give us a call in case you need assistance in making your data:

Data Engineer with experience of working on several ETL projects for big enterprises from the public and real sector. Constantly in search of challenges and gaining new pieces of knowledge while transforming all sorts of data into ''Big data''. Team player, because even computers need to be part of a cluster. 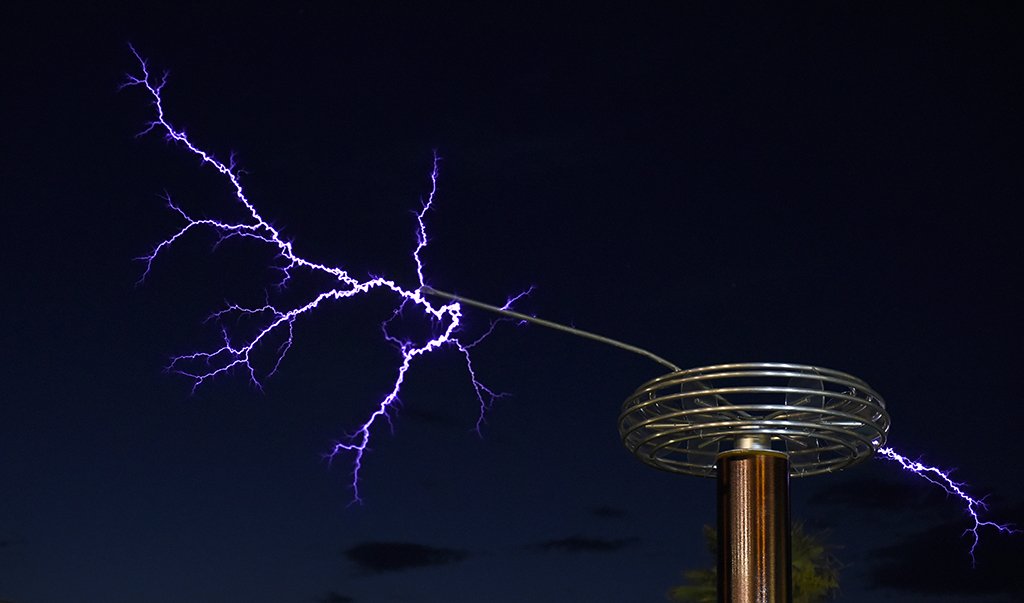