CROZ Summer accelerator gathers students from various IT areas. Front-end developer and UX/UI designer are only some of the positions CROZ’s internship offers. The assignment of Front-end developers and UX/UI designers is to design and develop front-end of applications with intuitive and interactive user interfaces. So, if you apply for this position, you will have the opportunity to implement user interface and to develop functionalities of the apps using popular design tools and front-end technologies like Git, Figma, Adobe XD, Java, Spring, Freemaker and others.

­­Still aren’t sure if the front-end developer or UX/UI designer position is the right fit for you? Meet this years’ FE developers and UX/UI designers – Josip, Iva and Franko. Besides sharing the role at the Summer accelerator, they all study at Algebra University College. And you know what else? During the Summer accelerator, they all worked on socially responsible projects.

We at CROZ believe there’s no better way to learn than working on real projects with clients. That’s why in summer 2021, our students got the chance to work with associations Mali Zmaj, Roda – RODitelji u Akciji and Kompetencijska mreža ICT-AAC.

Team Mali Zmaj came up with a user-friendly app for the easier and faster organization of volunteer actions. Communication with the client was the key for the app to be tailored by associations’ and users’ needs. Josip Kuštan, a student of software engineering at Algebra, is a part of the team Mali Zmaj. His assignment was to think of the ways the app will be used and how to simplify it. With his teammates, he spent days and days researching and brainstorming to come up with a user-friendly solution.

„I worked on fill-in, design and the workflow of the app. With colleagues, I devised solutions for the app which we later on discussed with the client. I love this design-thinking part of the job. In the beginning, it was challenging to get to know all concepts, such as design, because until then I didn’t have the opportunity to learn them. Creating components in React was definetly the most interesting.“ 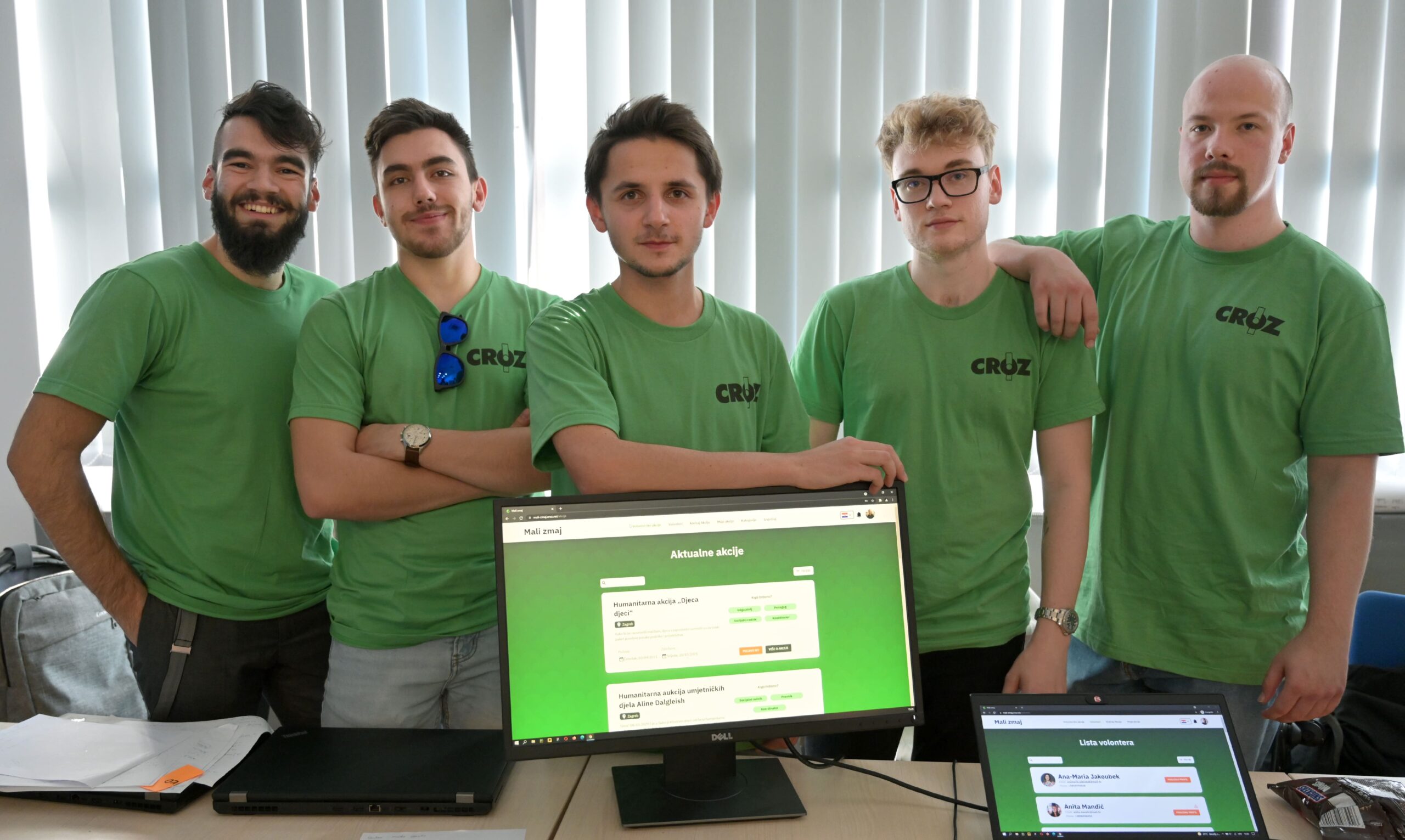 Mentors and product owners of the team Mali Zmaj confirmed Josip and his teammates did a great job. Josip is said to be a motivated, persistent and excellent team player who deftly and effectively cooperates with other members of his team, but also beyond – because this opinion is shared by members and mentors of other teams.

A similar role as Josip at Summer accelerator had Iva Mikulec, student of multimedia computing at Algebra, from the Roda team. They worked on advancing the website of Roda – RODitelji u Akciji association.

“It’s a web application on our website where healthcare professionals will be able to register and enter data and photos of their maternity hospitals. Thus, mothers and pregnant women, as well as their partners, will have all the necessary information stored in one place so they can prepare better for the challenges of childbirth. The team was great! I have to admit we didn’t expect as much as we got. They really put their whole heart into the project and paid attention to all the details. We were just blown away by the custom cartoon icons they created for the website. We are looking forward to some future cooperation because our wish list has only grown, but I am sure that together we will produce several more interesting projects for the benefit of parents from all over Croatia.”

„The most challenging part for me was working in React which I really improved during the Summer accelerator. Also, it was really interesting to work on the review with the client since that was my first time doing that.“ 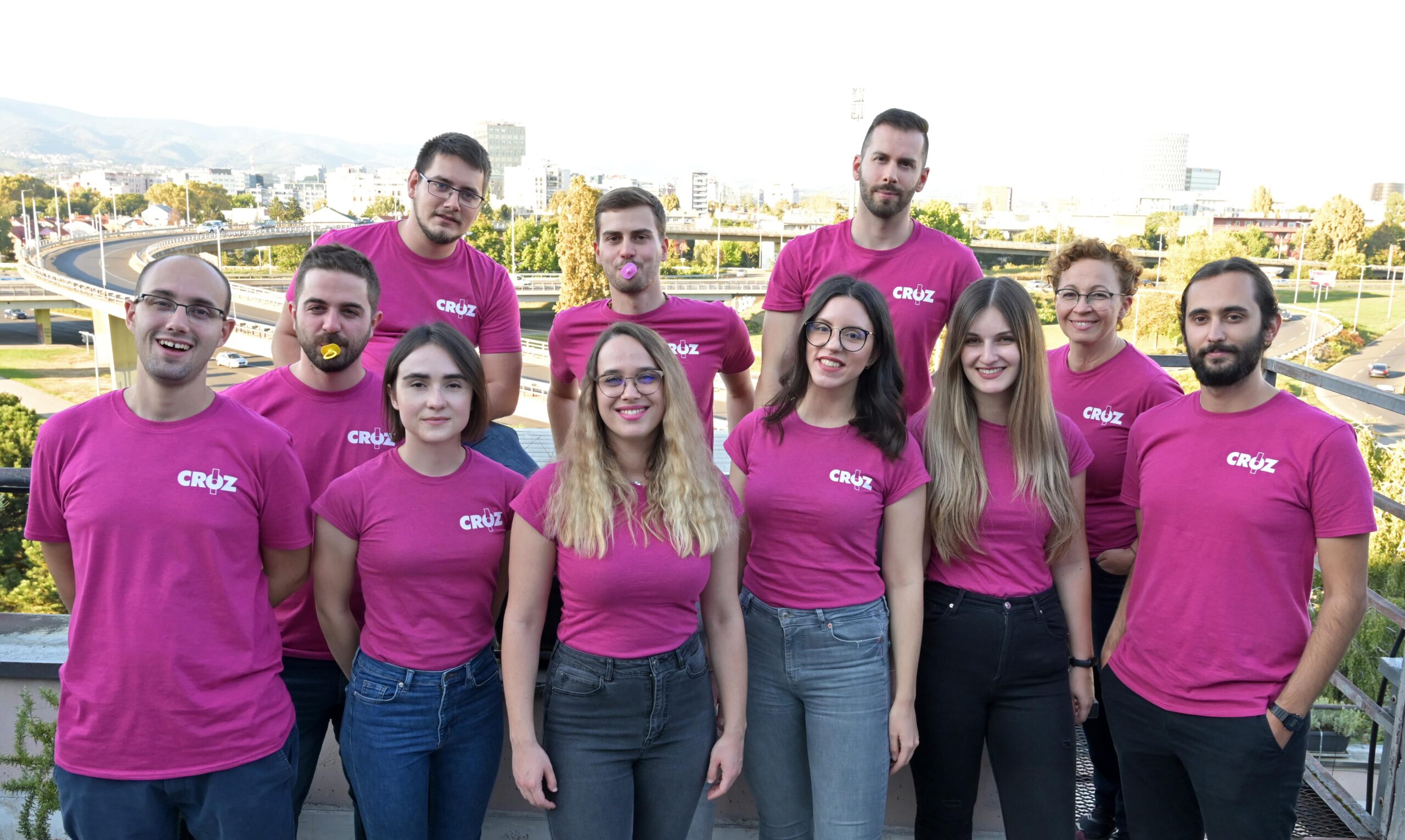 Franko Papić, who worked on two projects for the ICT-AAC Competence Network at the Summer Accelerator, agrees with Iva. Franko is also studying at Algebra and was UI / UX designer and front-end developer on the project.

One of Franko’s challenges was to work in two teams, one in Zadar and the other in Zagreb. One of the mentors, Mate Bogović, says that Franko “never admitted which team he prefers, and even the end result doesn’t reveal the truth because all applications are equally good/modern/reactive“.

On one project, Franko’s task was to adapt the design of an existing mobile application for the web format, while for another project he had to devise a complete design for the web application.

„The project manager, business analyst, and the rest of the team were all involved in the design process, but I had great control over the final design, which made my job a lot more interesting. After finishing the basic design, I started developing the front-end part of the application with the rest of the team. We worked with the ReactJs / Typescript / Spring Boot stack, and although most of us did not have much experience with these technologies, we gained a lot of knowledge and confidence for further development of skills and work on future projects, ” says Franko.

During the Summer Accelerator, Franko did a great job, but also had a good time, confirmed Mate, the mentor of the Zadar team.

“Apart from being (at least) a head taller than anyone from the team, Franco immediately stood out for his creativity. The application interface, the promotional poster, and even the shooting and editing of the promotional video were all designed by Franko at the highest level. Apart from creativity and technical knowledge, Franco was definitely one of the good spirits in both teams. Always for a joke, no matter on whose account.”

His team worked on developing applications for children and people with special needs. Franko’s biggest challenge was to make simple interfaces that were adapted to the accessibility rules due to the special capabilities and needs of the users. 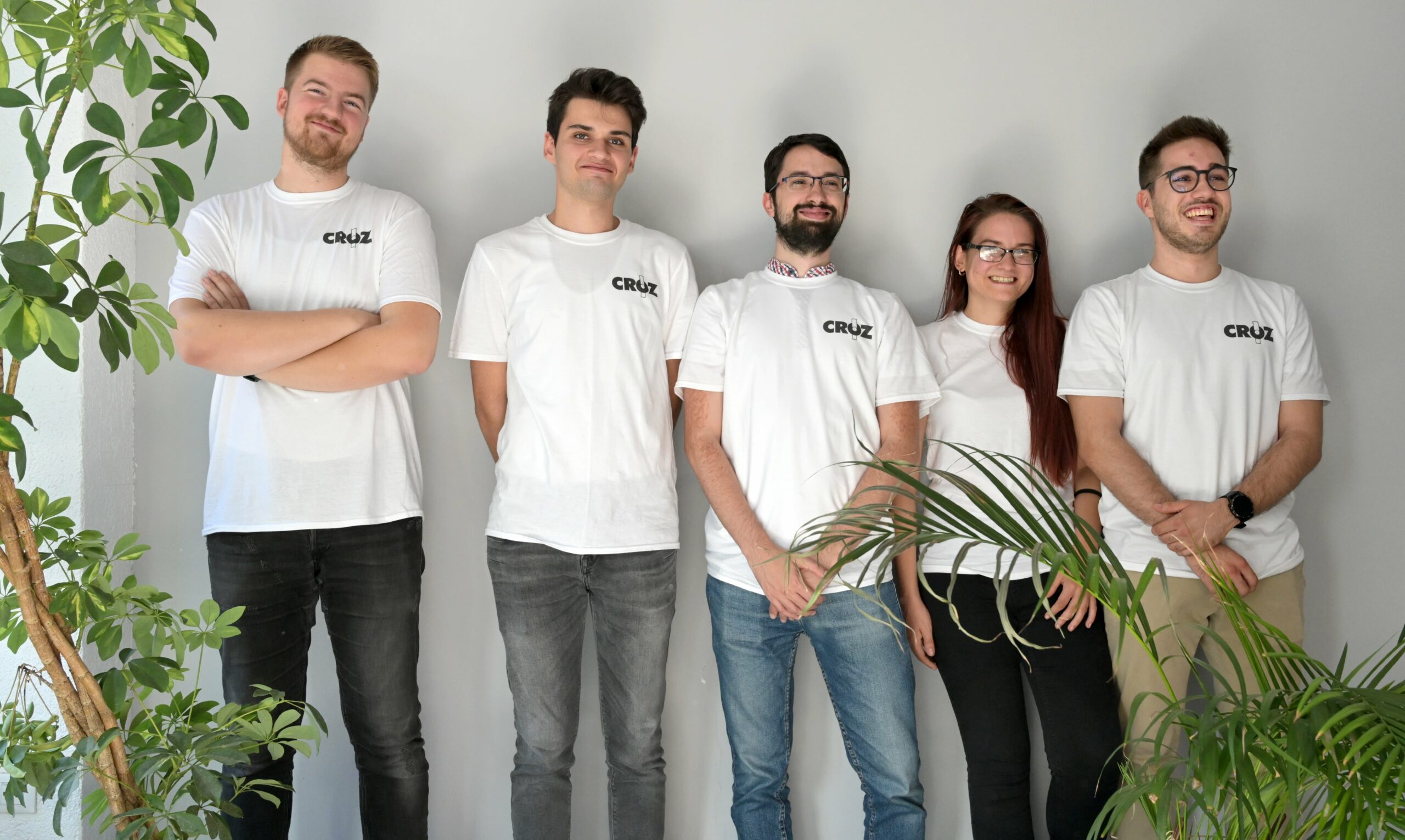 Despite all the challenges, our students successfully completed their projects and closed another Summer Accelerator. And if you are still wondering who the internship at CROZ is intended for and why to apply next year, our Iva and Franko tell you:

“I would recommend internships at CROZ to any student who wants to make an important step in their career because during their internship they will go through all parts of the work in their profession. From developing in various technologies, learning new things, working in a team, working with SCRUM and Git, everything is painlessly mastered in a relatively short time and with the help of experienced mentors.” – Franco

“I would recommend the internship to all students who have an affinity for software development and want to work on amazing projects with even better mentors. This experience is what we popularly call the “real hands-on” experience and there is really no reason why students should not spend their summer in CROZ. In addition to learning a lot about web technologies, they will make wonderful friendships and meet great people. And an extra push – if they love dogs, then they really have nothing to think about, but they will have to see for themselves when they come to CROZ.” – Iva

If you want to know more about our 2in1 role or the Summer Accelerator in general, check it out here! 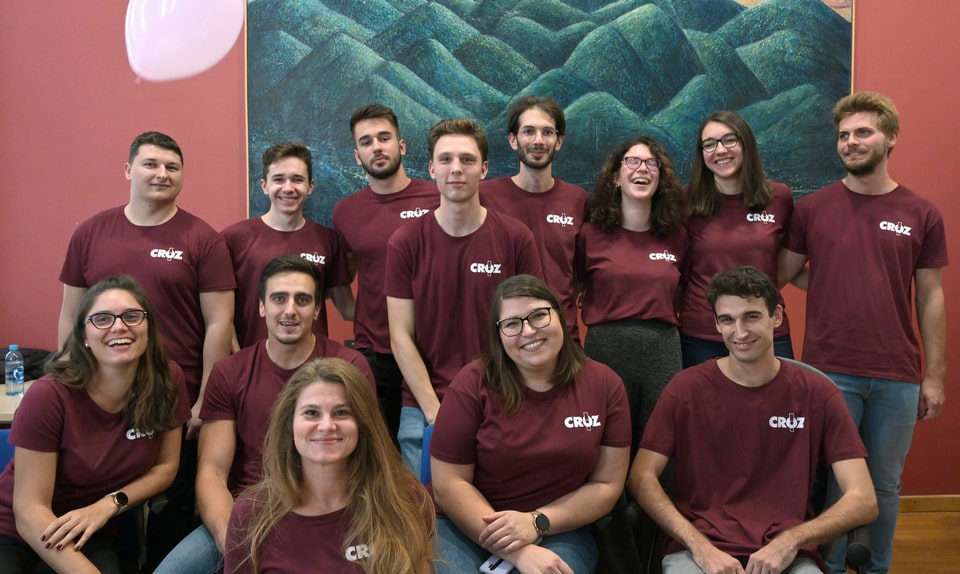 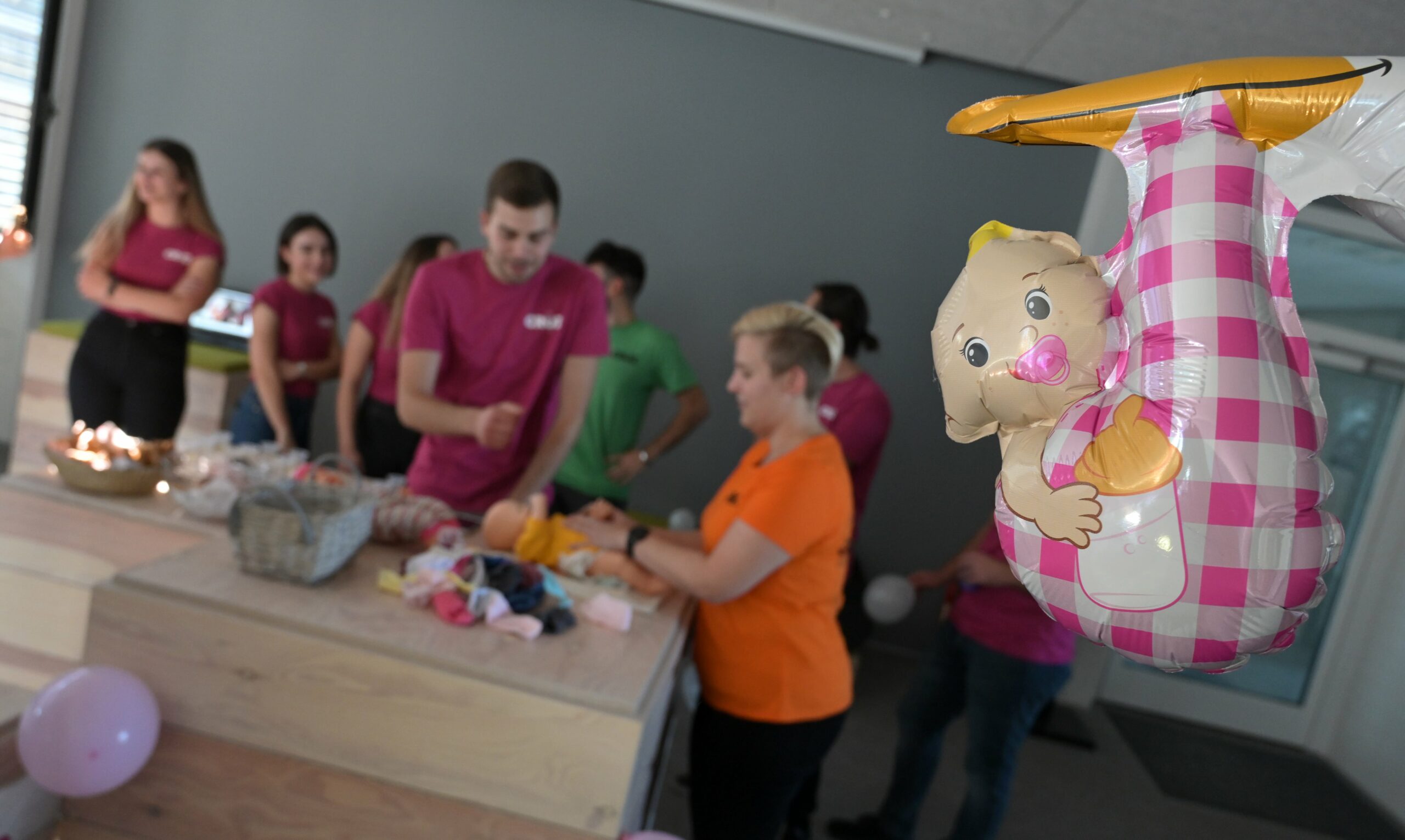 Developing IT Solutions for Non-profit Organizations 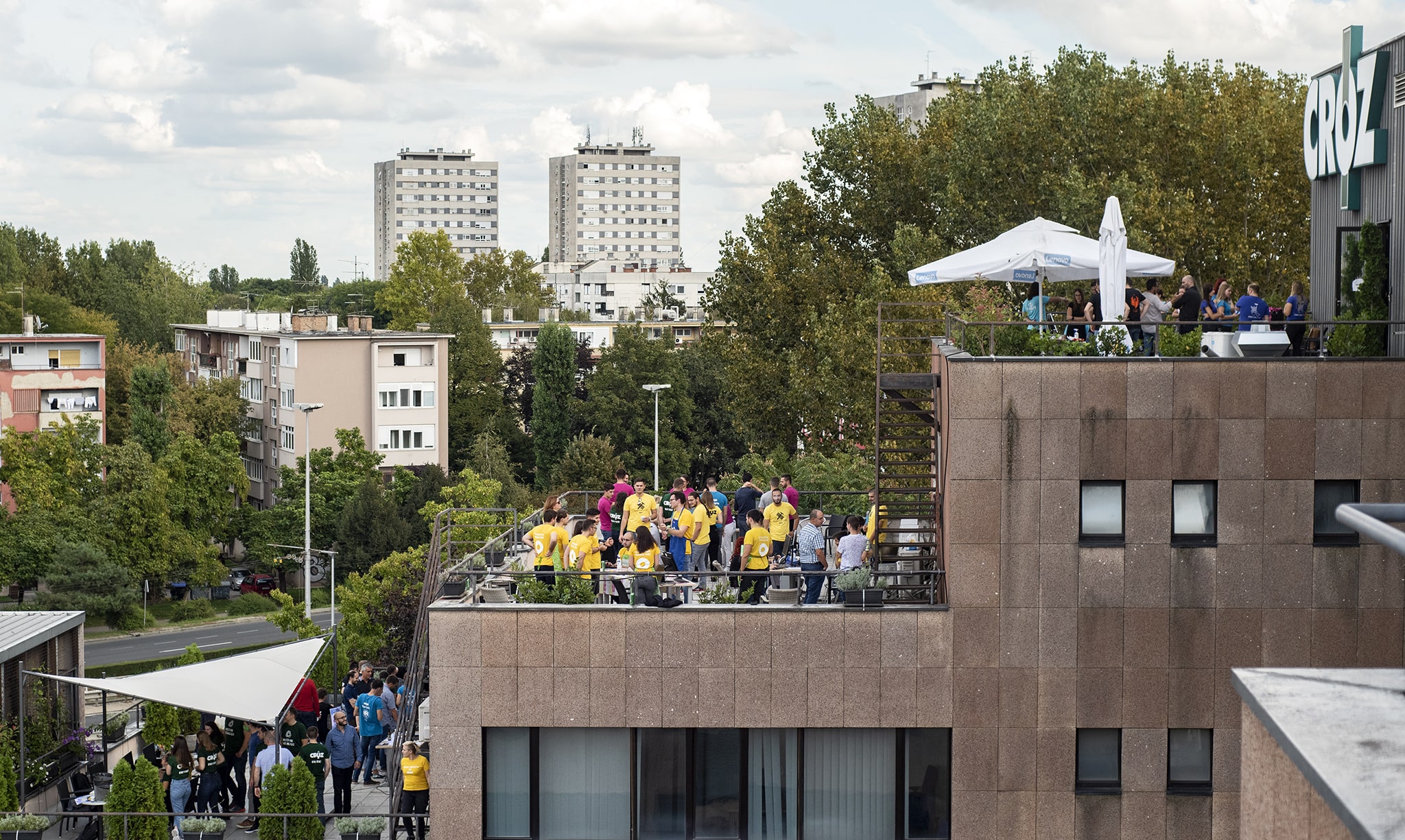 CROZ Summer Accelerator: better than ever