A couple of years ago we were in the middle of a huge project that required hefty processing capacity. We were relying on Red Hat OpenShift as a container platform (we still do :), and as capacity demand grew, we had to periodically add new worker nodes.

Adding new worker nodes was a breeze but more often than not our applications failed miserably on these new nodes for various reasons which all boiled down to something stupid like missing some configuration properties. Very soon it became clear to us that we needed a mechanism for establishing the Desired state. And that’s where the concept of Infrastructure as Code fits perfectly.

Infrastructure as Code is a mechanism for creating and maintaining runtime infrastructure based on a definition usually stored in a version control system.

How we hit rock bottom...

Before Infrastructure as Code, our nodes (although meant to be identical) were rather unique because configuring nodes was a human task. With configuration documentation scattered over several Wikis and Word files, and humans not being shell scripts (therefore forgetting things), every now and then somebody dropped the ball and forgot to set some properties. In effect, our nodes ended up being snowflakes – each one very unique and with subtle configuration differences that were not visible to the naked eye, but nevertheless were causing our applications to fail on specific nodes… for no particular reason at all… at least it seemed so. 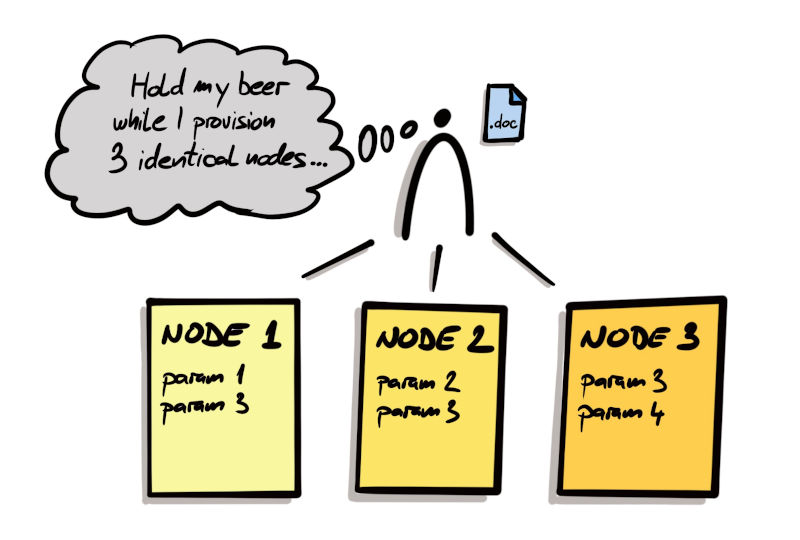 In order for Infrastructure as Code to work there has to be a way to fully automate tasks. This is where various tools come handy. Every public cloud has its own flavor: AWS CloudFormation, Azure Resource Manager and Google Cloud Deployment Manager, to name some. Other popular tools include Terraform, Ansible, and so on.

Additionally, automated tasks need to be idempotent which means that they can be executed multiple times with the same effect as they were executed only once. This ensures that complete configuration can be applied over and over again without fear of breaking something. Idempotent operations dramatically simplify implementation since we don’t need to take care of state (i.e. recording which changes/scripts were already executed and should be omitted from future execution).

Infrastructure as Code is such a powerful concept that enables us to add new cluster nodes that are identical to others as well as to create whole new environments that are the spitting image of the production. And when something goes terribly wrong, clusters can be automatically recreated with identical configuration as the old ones. Remember that analogy with pets and cattle? A proper restore-from-backup operation takes a lot of time. It’s usually easier and much faster to just drop the whole cluster and rebuild it from scratch. This is, to be honest, what we would do with full-fledged application servers and other heavy-weight runtime environments if we had a fast and reliable rebuild process.

And then GitOps came along...

Historically, Infrastructure as Code pattern dealt only with managing infrastructure in data centers, like servers and network parameters. But, two things happened in the meanwhile: Git became prevailing version control system, and second, with the rise of the cloud, an additional level of abstraction surfaced in the form of container orchestrator, most notably Kubernetes.

Since IaC was such a useful pattern, wouldn’t it be cool to extend it in a way that it uses Git as a version control system and manages not only underlying servers but also Kubernetes instance? And, voila, GitOps emerged.

Much like IaC is a pattern that manages infrastructure, GitOps is a pattern that manages Kubernetes instance and handles tasks such as setting namespaces, limits, and quotas, controlling the number of container instances and so on. As the name says, GitOps uses Git as a single source of truth for Kubernetes instance management. Being container- and cloud-native-aware, GitOps is ideal for modern architectures and modern technology stack. Using GitOps you can recreate your Kubernetes cluster, set up all namespaces, limits, and quotas, and redeploy all containers. On a push of the button, you can tear everything down and recreate an identical state as before.

Lately, we’ve been using Argo CD for implementing GitOps and are thrilled with how smoothly it works. Denis wrote a nice article about Argo CD and I warmly suggest you read it.

Why you should seriously consider IaC and GitOps?

Infrastructure as Code and GitOps work best together! Benefits are huge: 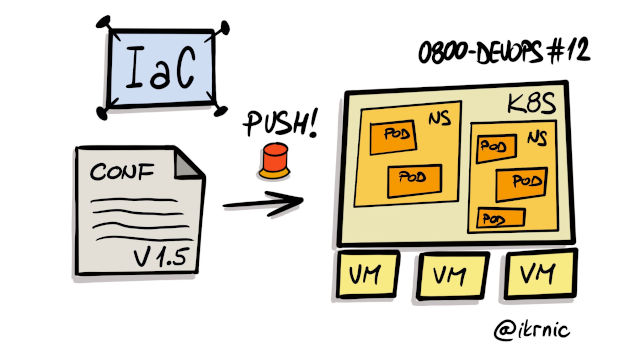 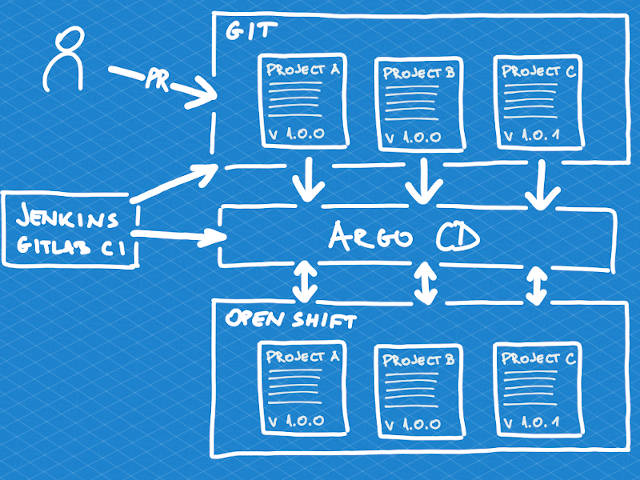 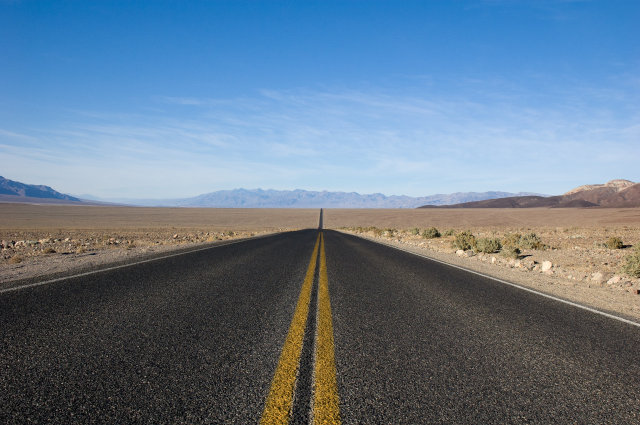 4 things we can expect from DevOps in enterprises in 2020