Mind the Hump - how the market influences your delivery approach

Last week we had an opportunity to host our friend Andrea Tomasini and discuss ORGANIC agility. One of the key things Andrea mentioned was that an organization should behave differently depending on the maturity of the market in which it operates. He explained this using the famous curve introduced by Geoffrey Moore in Crossing the Chasm. 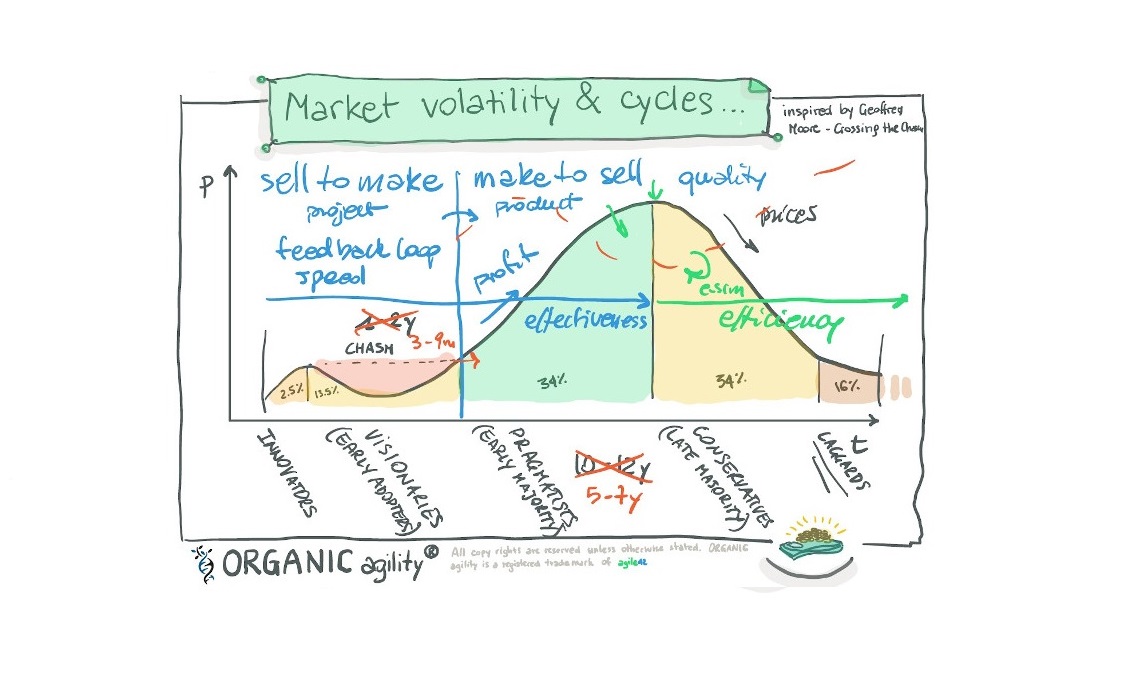 While the organization is still on the left-hand side of the hump and building a product targeted for Innovators and Early adopters, it needs to be nimble. The organization is still looking for the right product, so it needs to move fast in order to learn fast. At this point, effectiveness is more important than efficiency. Speed is crucial. If having more people working on a solution will yield the solution earlier than that is what an organization needs to do. The organization is in the “sell-to-make” mode – it first has to sell the product (the idea!) to the customers in order to come in the position to actually produce it! Occasional slips are perfectly fine – it is far more important to ship something quickly and solicit feedback than to analyze every single edge case before shipping it out. Remember what Mark Zuckerberg used to say when Facebook was in this phase… “Move fast and break things”.

Organizations must move quickly in this period because this is when the market share is acquired. Once the market becomes saturated and the Late majority kicks in, it is hard to increase market share.

Once the organization moves over the hump, different mechanics apply. It is now clear what is the product that customers are looking for. The market is in a saturated state. The only way to compete with others is through small tweaks and price optimizations. Hence, the focus is now on efficiency over effectiveness. Speed is no longer crucial. Efficiency is. So is the quality. Slips are no longer tolerated because that is not how products in saturated/mature markets operate. It is expected that the product works flawlessly, and each error is scrutinized. On the right-hand side of the hump, the organization is in the “make-to-sell” mode – the product is known, there is nothing new to discover, all it needs to do is build the product as efficiently as possible and sell it with the best margin it can get.

Every organization will sooner or later end up on either side of the curve. The important thing is to recognize in which mode it should operate and adjust its behavior accordingly. 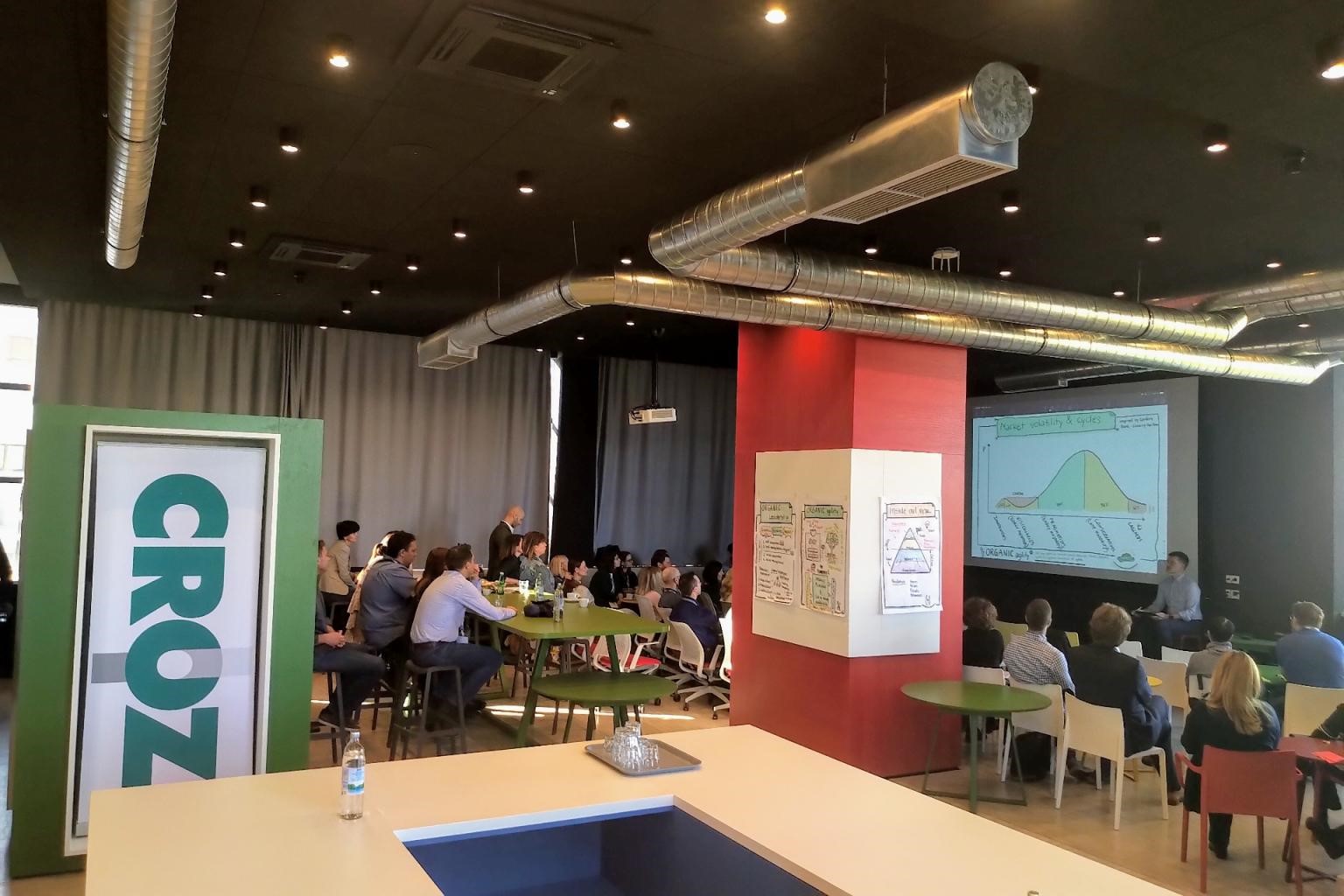 Recently we had an opportunity to participate in one Proof of Concept with the goal of designing and piloting a new solution for a widely used consumer-facing web application. The PoC was timeboxed and defined only with a handful of enabling constraints set by the Customer. It was our job to build the best possible solution with these constraints in mind. We were obviously in a sell-to-make mode, so we acted accordingly.

Creativity and speed were crucial. We have put some smart heads together and gave them full autonomy to self-organize and generate ideas. By iterating rapidly over a large number of possible ideas we were able to distill those worth pursuing further. During this process, nobody ever asked for any estimates or whether all these people were truly necessary during all the discussions. All that mattered was moving fast. Even if that meant not implementing every single edge case but documenting it for later.

Team engagement was spectacular. Working in this industry for almost 15 years now, rarely have I seen projects that were so owned by the team. It was clearly their product, their masterpiece. Again, connecting to the work of Daniel Pink, we have given them autonomy to self-organize, an opportunity to stretch their mastery and a compelling vision of changing how consumers use Customer’s services.

Recognizing on which side of the hump you are and acting accordingly plays a major role in the success of your efforts. In our example, understanding that we were addressing Innovators in this PoC helped us adjust our approach and deliver precisely what the Customer needed. This might seem intuitive, but I have personally seen a number of cases where this was not the case.

So, keep your eyes open and mind the Hump. 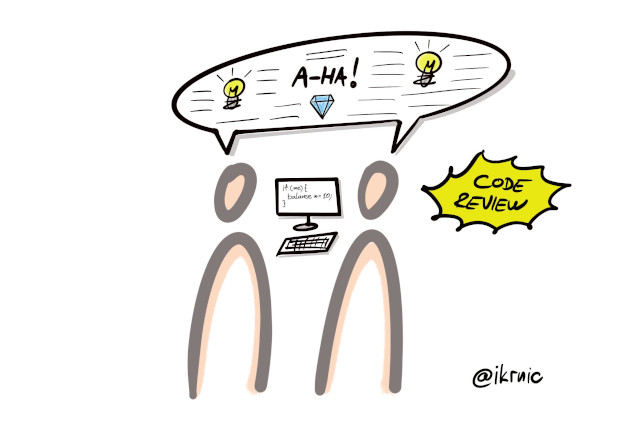